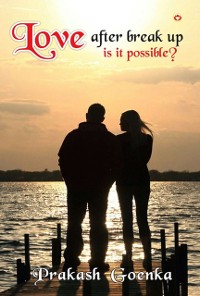 Love After Break Up

When love blooms, then even the breaths become fragrant. Love, be it in films or real life, one who gets it is very fortunate otherwise the pain of breakup is borne by many.We look at every person's &quotepresent&quote but do not try to look in his past; this story is about those three people who gave new dimensions to love, who didn't give just one but many such definitions which can show the right path to the confused and misguided generation of today.Pranav from Rajasthan, Danish from Gujarat and Ayesha from Punjab... what secrets lay buried in their past that 3 people from 3 different states came and met in a fourth state Maharashtra? What brought about such a coincidence? It's normal to break up after love but to fall in love after break up... why a question like this? What connection did these 3 people have with this question or is it that this question concerns all of us too, directly or indirectly?What had occurred in the past which was dominating the present and had totally changed the future? Born in the Jhunjhunu district of Rajasthan, Prakash Goenka (2 nd September 1991) has an ardent interest in poetry since childhood. In the pursuit of his interest, he left his studies of Chartered Accountancy midway and took off for Mumbai in September 2016 so that he could convert his passion into a career. Along with writing of web series, short films, lyrics and poems he has also produced a Marathi film. Normally there is no limit to a writer's imagination, however he is very fond of writing romantic and thriller stories and is trying to reach the people through his novels. His first novel in this series &quote My Heart Say&quote (Hindi) has been published in December 2016.