The Routinization of Sperm Banking in China

From its crude and uneasy beginnings thirty years ago, Chinese sperm banking has become a routine part of China’s pervasive and restrictive reproductive complex. Today, there are sperm banks in each of China’s twenty-two provinces, the biggest of which screen some three thousand to four thousand potential donors each year. Given the estimated one to two million azoospermic men--those who are unable to produce their own sperm--the demand remains insatiable. China’s twenty-two sperm banks cannot keep up, spurring sperm bank directors to publicly lament chronic shortages and even warn of a national ‘sperm crisis’ ( jingzi weiji).

Good Quality explores the issues behind the crisis, including declining sperm quality in the country due to environmental pollution, as well as a chronic national shortage of donors. In doing so, Wahlberg outlines the specific style of Chinese sperm banking that has emerged, shaped by the particular cultural, juridical, economic and social configurations that make up China’s restrictive reproductive complex. Good Quality shows how this high-throughput style shapes the ways in which men experience donation and how sperm is made available to couples who can afford it. 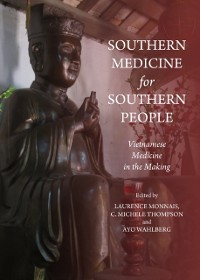