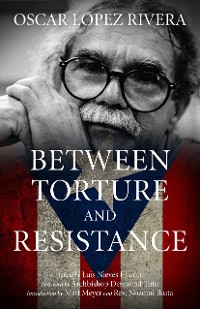 Between Torture and Resistance

The story of Puerto Rican leader Oscar López Rivera is one of courage, valor, and sacrifice. A decorated Viet Nam veteran and well-respected community activist, López Rivera now holds the distinction of being one of the longest held political prisoners in the world. Behind bars since 1981, López Rivera was convicted of the thought-crime of “seditious conspiracy,” and never accused of causing anyone harm or of taking a life. This book is a unique introduction to his story and struggle, based on letters between him and the renowned lawyer, sociologist, educator, and activist Luis Nieves Falcón.

In photographs, reproductions of his paintings, and graphic content, Oscar’s life is made strikingly accessible—so all can understand why this man has been deemed dangerous to the U.S. government. His ongoing fight for freedom, for his people and for himself (his release date is 2027, when he will be 84 years old), is detailed in chapters which share the life of a Latino child growing up in the small towns of Puerto Rico and the big cities of the U.S. It tells of his emergence as a community activist, of his life underground, and of his years in prison. Most importantly, it points the way forward.

With a vivid assessment of the ongoing colonial relationship between the U.S. and Puerto Rico, it provides tools for working for López Rivera’s release—an essential ingredient if U.S.-Latin American relations, both domestically and internationally, have any chance of improvement. Between Torture and Resistance tells a sad tale of human rights abuses in the U.S. which are largely unreported. But it is also a story of hope—that there is beauty and strength in resistance.

“In spite of the fact that here the silence from outside is more painful than the solitude inside the cave, the song of a bird or the sound of a cicada always reaches me to awaken my faith and keep me going.” —Oscar López Rivera